Scott Lamb is Vice President International of BuzzFeed. At DLD in Munich I had the chance to meet him in person – and later he gave me this Interview.

Hey Scott, so BuzzFeed is coming to Germany… How? 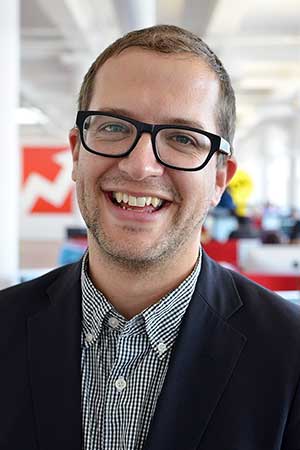 Our model has been to proceed as though we’re launching BuzzFeed for the first time, in a new country.

We’ll likely start with a very small local team, focused on social content, and give them the time to experiment and grow their own voice and point of view.

At DLD you spoke to many journalist and bloggers. What did you find out in these talks?

From my interactions with people at DLD, I got the sense that there are two sides to the story of German media in 2014. Both sides are thinking a lot about digital.

On one side, there’s a lot of concern and worry for what effect the rise of digital media will have on the current landscape. The other side sees it in a more positive light, as a time of great change but also great possibility.

You used to live in Germany and you know the country quite well. Why do you think no German publishing house or start-up did try to do something like BuzzFeed? The Dutch are trying it, even the Swiss…

And because their core brands are so strong, they’re able to approach the web, as a business, in a fairly conventional way. Their sales teams can sell display advertising as a part of a bundle for ads on the core properties, and cover the costs of their digital arms. Until there’s a fundamental shift in the demographics of their readers, figuring out digital won’t be a central concern.

The other part of the reason has to do with the start-up scene, which I think is now very strong, but started a little later in Germany than it did in some other countries. But there’s increasingly a lot of media innovation coming out of Germany, and I think that’s a trend we’ll see continue.

Did you have a look at Upcoming and other Copycats? What’s your opinion?

I wouldn’t call them copycats per se, though they’ve clearly studied what BuzzFeed does. Blick Am Abend and Watson are really impressive sites, I like what they’ve done.

I have to ask this: Is BuzzFeed Journalism?

Absolutely. We do entertainment as well as news, which is nothing new. But there’s no question that the stories our reporters do — see our politics, tech, world, sports, business, longform,entertainment or LGBT sections, among others, for dozens of daily examples — is journalism.

You hired well known and investigative Journalists for BuzzFeed. Will you do the same in Germany?

We’ll see! A lot depends on what we learn in the next few months. But I think there’s a very high level of interest among German readers for investigative and hard news, so that would be something we’d want to offer our readers as well.

When you open a office in Germany (you talked about Berlin), will you hire German staff? What kind of people are you searching for? Where can someone apply?

When you could describe the essence of BuzzFeed in just a few words – what would it be?

We’re the news and entertainment media company for the social age.

Is native advertising the dark side of the force?

Not at all. Native ads for us are social ads: Ads so good, so interesting, that people want to share them. They shouldn’t be deceptive, they should be clearly, unambiguously marked as ads, but the most interesting ads possible.

Dear Scott, thanks a lot for this interview! 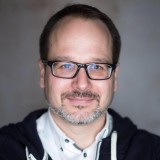 This website uses cookies to improve your experience while you navigate through the website. Out of these, the cookies that are categorized as necessary are stored on your browser as they are essential for the working of basic functionalities of the website. We also use third-party cookies that help us analyze and understand how you use this website. These cookies will be stored in your browser only with your consent. You also have the option to opt-out of these cookies. But opting out of some of these cookies may affect your browsing experience.
Necessary immer aktiv
Necessary cookies are absolutely essential for the website to function properly. This category only includes cookies that ensures basic functionalities and security features of the website. These cookies do not store any personal information.
Non-necessary
Any cookies that may not be particularly necessary for the website to function and is used specifically to collect user personal data via analytics, ads, other embedded contents are termed as non-necessary cookies. It is mandatory to procure user consent prior to running these cookies on your website.
SPEICHERN & AKZEPTIEREN
Kommentare werden geladen...